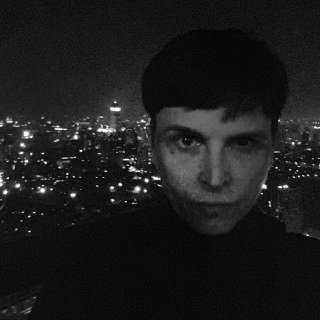 Bee left school at 16 to form the Danse Society with Steven Rawlings. He moved to London to join a pop band, which really did become big in Japan. Bee spent his time there doing tours, TV shows and dodging crazy fans. During his club kid days in London, he ran the door at London’s first fetish club SKIN2.

Shifting his focus back to the UK, Bee hooked up with Psychic TV and later teamed up with the remnants of Southern Death Cult to form Getting the Fear. He would later emerge with his own indie outfit, Into A Circle.

At the start of the nineties, he spent a brief stint in NYC before moving to Asia permanently and settling in Thailand.

After a couple of crazy years travelling around the country, picking up both good and bad habits, he went back to music but this time as a radio DJ. For over seven years, Bee produced and presented his ‘In the Hive’ radio show on Bangkok’s leading international radio station and interviewed artists like Radiohead, Bjork, and The Manic Street Preachers. He also wrote a music column in The Nation newspaper. In 2003 Bee formed Thailand’s first electroclash band, Futon, together they performed all over the planet, from Vietnam to Dublin, Tokyo to Berlin.

Bee also worked for five years as the editor of a Bangkok lifestyle magazine for the Bed Supperclub group.

At the turn of the century, Bee left Bangkok, headed west, and spent his time hopping between London and New York, reacquainting himself with both cities.

For the full story & more news head to  https://thebeenow.com/